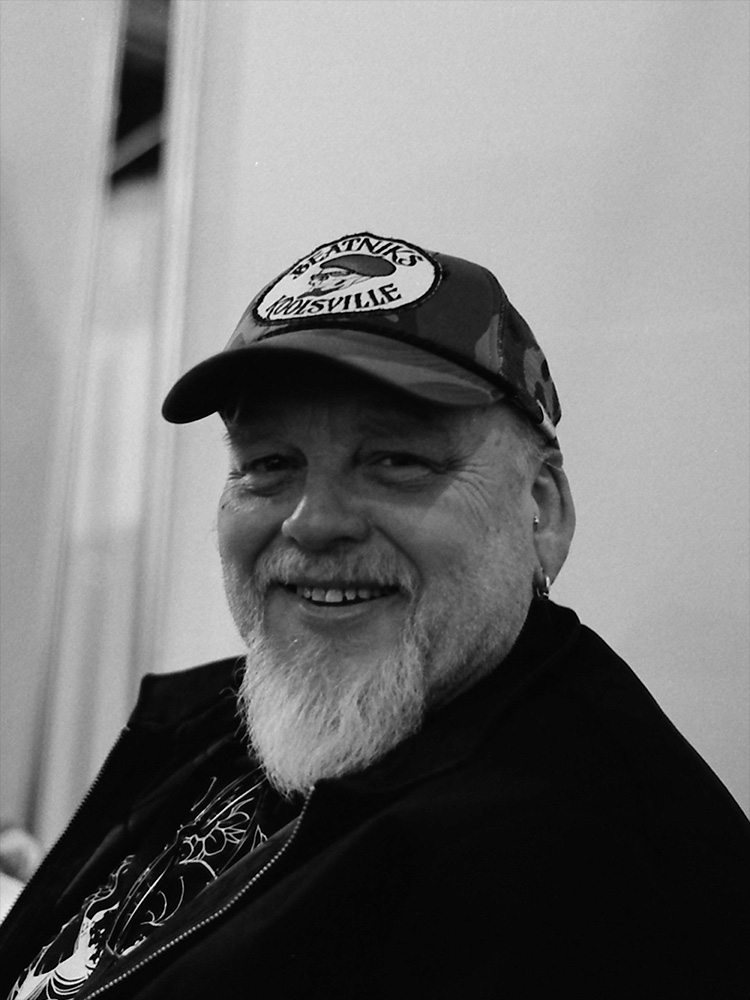 Sadly, Paul passed away on 15th January 2016 at the young age of 59 after a hard two-year battle with motor neuron disease (MND).

His send-off showed the love and respect he had gained over his short life with friends and industry professionals from all over the world travelling to show their respects and say goodbye to a great man.

Not a day goes by that he is not thought of by his family, friends and all those who proudly wear his art. Paul loved his family; his grandchildren especially meant everything to him.

Paul loved his cars and bikes and was a OG member of the Beatniks car club Australia. He had such a big heart and was always willing to help those who needed it. He loved a hug and the occasional (loving) head butt.

Paul was a highly respected member of the tattoo community, he helped pave the way for a new generation of tattooists and apprenticed some of Australia’s best tattoo Artists. Paul’s name is widely known as a pioneer of black and grey tattooing in Australia. Paul worked hard, was old school, and had morals, many of which

are now, sadly, nearly lost in the industry.

His knowledge of all things tattoo and the ability to build and tune machines surpassed many. The hum of his machines, the laugh and cheeky smile will always be missed in the studios but will remain in our minds always. Paul’s name and reputation will live on in the Australian tattoo industry as one of the greatest of all time.

Paul was a self-taught tattooist and, once he started, he pursued the art with a passion. Eventually starting a studio in Griffith then moving the studio and his young family, wife Robyn, and three children, Rickelle, Ben and Luke, to the Gold Coast where he opened Borderline Tattoos in Kirra on the border of QLD and NSW in 1985.

The studio was straight across the road from Kirra Beach and in those days, when the surf was pumping, the spray from the famous breaks would drench the shop front.

Eventually, Borderline Tattoos was moved to Coolangatta, then Burleigh Heads, where it is still located today. The studio was sold to our dear friend Tim Ebbles, who completed his apprenticeship under Paul.

In 1989 Paul and Robyn opened Gold Coast Tattoos in Southport where Paul worked until 1992, when Skin FX Tattoos was born and opened in Surfers Paradise. The next studio was Crossfire Tattoos which was built in 1999 and is also located in Surfers paradise.

“We originate, others imitate.” – Paul Braniff